A few years ago Berlin and Brandenburg’s regional public-broadcasting TV channel was looking for 4 people to have them travel to Borneo. In order to raise awareness of a sea turtle protection (and adoption) program those 4 travelers were supposed to go to an island on Borneo’s coast and learn first hand what is done to protect the sea turtles that come to lay their eggs.

As some of the very first foreigners on the island Pulau Talang-Talang Besar they would learn first hand what it takes to protect one of the world’s most endangered species. The Sarawak Forestry would allow them to spend 4 days at the turtle conservation station and join the team of dedicated professionals with their routine duties.

Before this incredible experience of course there was a selection process and the producers had to weed through 250 people in order to find the right fits for this adventure. After several interviews in person and on the phone I finally got the call that I was selected and one of the lucky 4 who got to travel to Malaysia.

So how were we selected? I would not want to have the job to choose the right participants for a tv series like that but if you know what people want to see, it might be a bit easier. They want everyone to be nice and get along with each other so they can be one big happy family. Right? Wrong!

That’s why you would select people who are very different from each other to maybe create a little bit of tension. It turned out we were a fun little group. 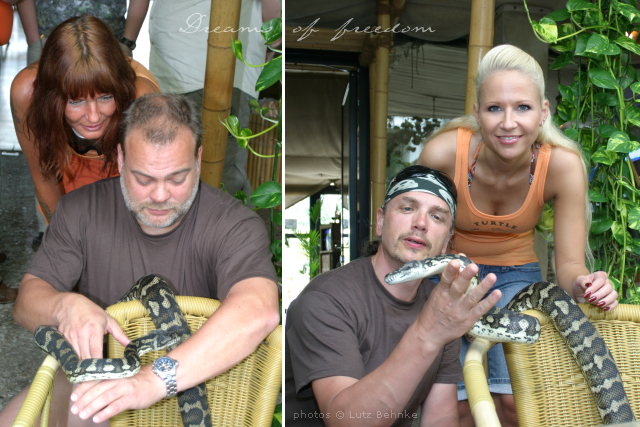 We had only 2 things in common. The love for animals and a great sense of humor. Isn’t that all it needs? So there was never really the danger of us not getting along. However in the beginning the producers really wanted to feed the stereotype. Guess how I was supposed to look like?

I suppose it could have been worse and I’m not complaining. Just after we arrived in Borneo and they – again – wanted me to put on mascara while being filmed, I really had enough.

Just because a woman takes care of herself, that doesn’t mean, a pretty outside is all she has to offer.

Even though the first stage of the trip was a luxury paradise I was happy and ready to leave the so-called “civilization” and trade in my own room – which was actually a house – with two king size beds all for myself into an 8 person bunk bed room and a “shower” in form of a water-tap next to the toilet.

Before we took off to Malaysia

Prior to the trip we had the chance to get to know each other, we were introduced to the audience of the tv channel and also had some fun activities to attend to. What a 175 lb python has to do with that? Stay tuned for my next post!

This is how you can connect with me so you will never miss a post:

Have you ever been…

… to a place without knowing what you are getting into? Leave me a comment below! 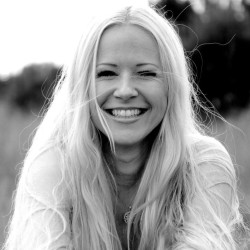 Help #JustOneRhino to survive and get the chance to win over $30,000 worth in prizes

I survived riding a python. A very...

Hi Kathrin,
I’m really glad we met on Twitter. I’ve now read all of your blogs, starting with the one when you were a young girl, already with the desire to discover new places. You are like a living encyclopedia of cultural knowledge. I can only blame myself for never doing what you are experiencing. I can tell from your blogs and your multi-language skills, your outer beauty matches your inner personality traits. I would also think you would have to be extremely clever and organized to maximize your budget.

So in summary, you are officially an inspiration to me to at least enjoy some of the travelling adventures that you do. I have no reason I couldn’t. Maybe I’ll see you in Instanbul one day! Nice meeting you.

Fly me to the moon Let me play among the stars...